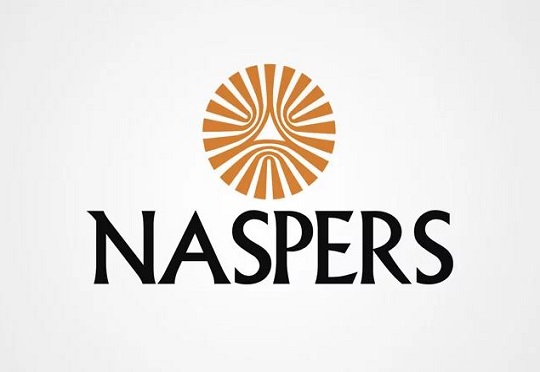 NewCo will also have a secondary, inward listing on the Johannesburg Stock Exchange (JSE) in South Africa.

NewCo will comprise all of Naspers’ internet interests outside of South Africa including its companies and investments in the online classifieds, food delivery, payments, retail, travel, education, and social and internet platforms sectors, among others.

They are some of the world’s leading and fastest-growing internet brands, such as Tencent, mail.ru, OLX, Avito, letgo, PayU, iFood, Swiggy, DeliveryHero, Udemy, eMAG and MakeMyTrip.

NewCo is expected to be approximately 75% owned by Naspers and have a free float of approximately 25%. As Europe’s largest listed consumer internet company by asset value, NewCo will give global internet investors direct access to Naspers’ unique and attractive portfolio of international internet assets.

The transaction will be subject to the requisite regulatory and shareholder approvals being obtained. The proposed transaction is currently expected to be implemented no earlier than the second half of 2019.

Bob van Dijk, Naspers Chief Executive Officer, said: “Forming and listing a new, global consumer internet group on Euronext Amsterdam is a significant step for Naspers. It will provide a strong platform to attract incremental investor capital, which is well-aligned to our growth goals. The listing will present an appealing new opportunity for international tech investors to have access to our unique portfolio of international internet assets. It will comprise some of the world’s leading and fastest-growing internet companies that are playing an increasingly important role in helping people improve their daily lives in some of the most exciting markets on the planet. As well as opening up investment to a broader category of investors, the listing aims to reduce our weighting on the Johannesburg Stock Exchange, which we believe will help us maximise shareholder value over time.”

Naspers has a long history of investing in technology to capture growth, transforming itself from a print media, pay-TV and video entertainment company into one of the top 10 global consumer internet companies by market capitalisation.

In growing, the group has created significant value for its many stakeholders, however, this rapid growth has also created some unique market dynamics. Naspers now constitutes almost 25% of the JSE SWIX index, compared to 5% just 5 years ago, and its outsized weighting on the JSE exceeds most South African institutional investors’ single stock limits. As a result, many have been forced to sell as Naspers grows.

The proposed listing on Euronext Amsterdam is expected to help address this market issue and is the next significant action by management to create shareholder value.

Recently, a number of actions have been undertaken by Naspers, including increasing the capacity of Naspers’ ADR programme, trimming its stake in Tencent, exiting several businesses, driving growth across its core internet businesses and turning its online classifieds business and several of its other early-stage investments to profitability.

In addition, in early March 2019, Naspers unbundled MultiChoice Group Limited to existing Naspers shareholders creating a new, top-40 listed company in South Africa with an initial market capitalisation of US$3.5 billion. The move completed Naspers’ transformation to a global consumer internet company, with effectively all revenues and profits now coming from online.

Basil Sgourdos, Naspers’ Chief Financial Officer, said: “We are aligned with our shareholders’ desires to maximise the value we create and also to address our weight on the JSE. We have therefore taken several actions in the past year or so, such as a trim of our Tencent stake, exiting several businesses including the sale of our Flipkart stake, driving the performance of our core internet businesses, and more recently, the listing and unbundling of MultiChoice Group Limited. After a careful and comprehensive evaluation of the merits of strategic options available to the group, the listing on Euronext Amsterdam proved to be the most promising for our future growth plans and addressing the market dynamics we wish to tackle.”

Naspers itself will retain its primary listing on the JSE in South Africa, and will continue to directly hold its South African assets, Takealot and Media24, alongside its majority stake in NewCo. NewCo’sfree float is expected to be created by Naspers through a capitalisation issue of NewCo shares to Naspers shareholders. Shareholders will also be able to choose to receive more shares in Naspers instead of shares in NewCo, subject to certain limits.

This is intended to provide flexibility to shareholders. Further details relating to the implementation of the proposed transaction will be provided in due course. It is intended that the Board and governance structures of NewCo will mirror those of Naspers.

Even after the listing of NewCo on Euronext Amsterdam, Naspers will remain the largest South African company listed on the JSE by market capitalisation, and Naspers will continue to invest in South Africa. Naspers is one of the foremost investors in the South African technology sector and is committed to building its existing internet and ecommerce companies in the country, as well as stimulating the local tech start-up sector through the Naspers Foundry. This is a R1.4 billion investment commitment targeting technology start-ups in South Africa that seek to address big societal needs.

This is in addition to the commitment Naspers made in October 2018 at the inaugural South Africa Investment Conference to inject a further R3.2bn into its existing South African businesses, which is already underway.