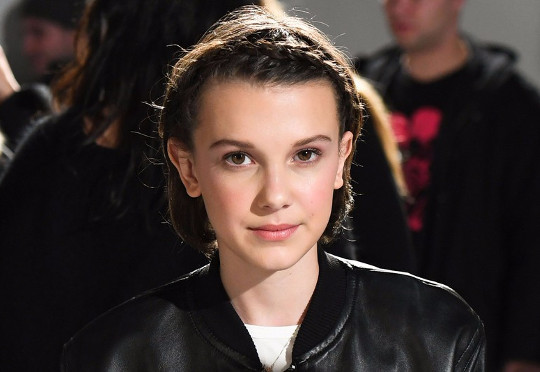 In celebration of the daring spirit of youth, Converse debutsthe Forever Chuck, a digital and social media series exploring three core cultural scenes that made the Chuck Taylor iconic: film and TV, LA culture and style and the world of Fashion, high and low. Directed by award-winning filmmaker Karim Huu Do, the Forever Chuck series kicks off with “Why Iconic Characters Wear Chucks” celebrating the types of unique characters that have made Chuck Taylor an iconic symbol on-screen.

Actress Millie Bobby Brown is the host of this episode, exploring why the coolest characters in film wear Chucks, and what Chucks say about the characters who wear them – meeting legendary stylist Stephanie Collie (who’s credits include Peaky Blinders & various feature films) to get her expert opinion. Brown was most recently nominated for a People’s Choice Award and Screen Actors Guild Award on behalf of her performance in the critically acclaimed Netflix sensation "Stranger Things."

“The Chuck Taylor has remained a symbol for underdogs, rebels and teen heroes – the characters we love and identify most with -  in films and television,” said Julien Cahn, Chief Marketing Officer at Converse. “By pairing some of the most memorable scenes of the past with rising stars of today, we celebrate Chuck Taylor’s legacy and pay homage to its place within youth culture - both on and off screen.”

All of the films within the Forever Chuck series will highlight the confident and daring spirit of youth, a spirit that has defined Chuck Taylor loyalists in the past, present and future. These episodes will be formatted for digital consumption through platforms such as Instagram Stories, and Snapchat, with the “Why Iconic Characters Wear Chucks” launching on February 13 2017.

Converse Inc., based in Boston, Massachusetts, is a wholly owned subsidiary of NIKE, Inc. Established in 1908, the Converse brand has built a reputation as “America’s Original Sports Company”™ and has been associated with a rich heritage of legendary shoes such as the Chuck Taylor® All Star® shoe, the Jack Purcell® shoe and the One Star® shoe. Today, Converse offers a diverse portfolio including lifestyle men's, women's and children’s footwear, apparel and accessories and is sold globally by retailers in over 160 countries.