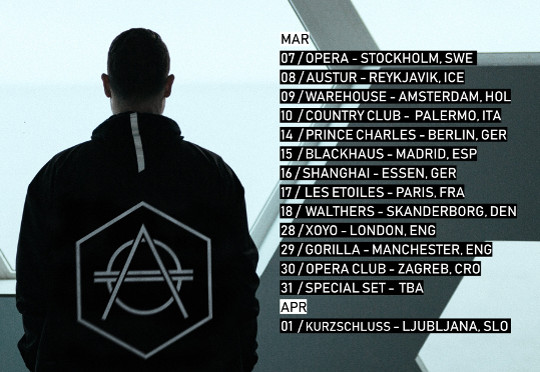 Currently in the midst of his US Tour, Don Diablo has announced details for what will be a very special run of dates throughout Europe. Tickets for A Better Future Tour are on sale now.

Kicking off on 7th March and running right through until the end of the month, Don will be touring across Europe, playing a selection of key venues for free, with all ticket revenue donated to KWF, Dutch Cancer Society.

Diablo: "For all of March I will be touring through Europe with my A Better Future Tour. I will be playing in smaller and intimate fan led venues where I'll be very close to people. I regularly get messages from fans that are unable to purchase concert tickets, because of their financial situation, so I wanted to give everyone a fair shot. I will be playing everywhere for free and all ticket profits will be a direct donation to the Cancer Trust, an organization very close to my heart. This way we'll all be contributing towards A Better Future. I am a proud Ambassador of the Dutch Cancer Trust KWF and this tour is all about giving back and hopefully it will inspire more artists to do the same at some point in time."

A cause extremely close to Diablo's heart, the A Better Future Tour concept is unlike anything any artist has done before and is testament to Diablo's dedication to his legions of Hexagonians and his position as a KWF Ambassador. Fans wills be able to purchase a ticket for ten EUR, with the option to donate more should they wish, either via the ticket portal or a cash donation on the door on the night.

Sigrid Attema, Managing Director a.i. of KWF: "We are very proud of our ambassador Don Diablo. With the money he will raise with this tour and the help from Don Diablo's dedicated fans, we are determined to beat cancer as soon as possible."

A very special thank you to the venues below for partnering with us for this great cause and special tour.