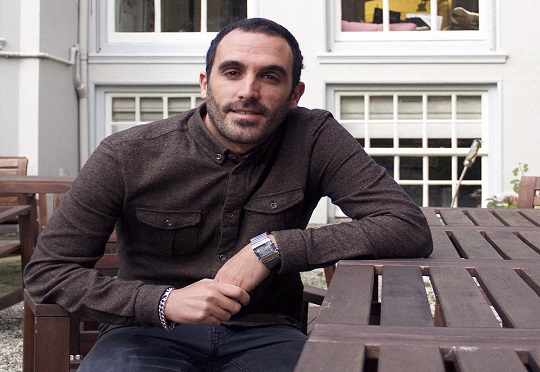 Daniel Peiron is the new Creative Director at Amsterdam Worldwide

Amsterdam Worldwide CEO, Brian Elliott; and Moritz Grub, ECD have announced the promotion of Agathe Wiedemair to Client Services Director. Agathe will join the management team as an equity partner.

“She represents the next generation of leadership. In recognition of her talent and character in driving Amsterdam Worldwide’s growth, she will play a key role in our ambitious future plans.”

Agathe completed her studies in Media and Communications in Austria, the US, and the Netherlands. Her career then led her to work in event management, production, account management, and marketing.

She has led work for numerous renowned international brands, including most of our clients in recent years, from Intel to Mitsubishi Motors. She also leads the agency kick-boxing team.

In addition Daniel Peiron has rejoined the Amsterdam Worldwide team - now as Creative Director. “We can confirm that we rejected Alexis Sanchez in the transfer window in favour of Daniel Peiron. Sanchez is a fine player but he can’t draw a straight line to save his life. Daniel on the other hand is a near perfect blend - able to create beautiful work, while running circles around the competition.”

Originally from Spain, Daniel started his career in Barcelona working in animation. He then moved into design in digitally focused agencies, but the turning point in his career was his move to Amsterdam to work on global brands.

He started as Art Director in Amsterdam Worldwide, working on various accounts such as Intel, Asics, Onitsuka Tiger, Jameson and Pernod Ricard.

He has also worked on adidas, g-star, Converse, Heineken, KitKat, Grants, and Diageo. Next to his advertising career, Daniel is very active in artistic projects, from illustration to film and music – and he started a record label.