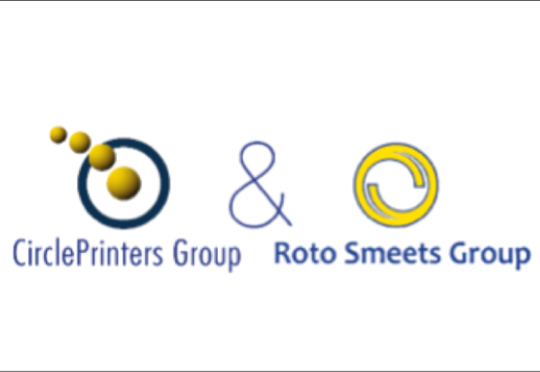 CirclePrinters Holding and Roto Smeets Group, two long-established companies in the graphical industry, announce today that they intend to merge their activities to create a strong and leading European group in the printing & media industry. Both companies have entered into an agreement under which CirclePrinters Holding acquires the shares and operational activities of Roto Smeets Group in a cash transaction. The transaction combines both companies' complementary strengths to create a unique new player with unprecedented capabilities in the printing & media industry. The agreement is expected to close by the end of March.

Roto Smeets Group is a group of leading graphics media companies in Western Europe, headquartered in Deventer, the Netherlands. The group comprises of two divisions. The print division has its main operations in the Netherlands in Deventer and Weert (as Roto Smeets), Doetinchem (Senefelder Misset) and in Hungary in Celldömölk (Antok). Its marketing communications division in Amstelveen, the Netherlands operates  under the main brand MPG. The group employs 1,000 professionals.

Peter Andreou, CEO & Executive Chairman of CirclePrinters: “This is a unique opportunity to create a powerhouse that can lead the next step in the consolidation of the European printing & media industry and becomes a vehicle for further growth. With this agreement we are building a competitive industrial platform with innovative and value added services for our customers”.

Joost de Haas, CEO of Roto Smeets Group: “Both companies complement each other in Western Europe and bring a stronger position in main European markets, including Germany and France. Together we will benefit from economies of scale in operations, marketing & sales and purchasing, while we are able to optimise our order portfolios. The company will also provide a platform for the international expansion of MPG., our division for cross-media, communication strategy and content marketing. With the complete refinancing of Roto Smeets Group by Rabobank and DLL, which took place earlier this month, and the merger with CirclePrinters, we are well positioned to remain competitive and invest in the future”.

The new combination will be governed by an Executive Board, consisting of Peter Andreou and Joost de Haas.

The transaction is subject to approval by the competition authorities in Austria, advice from the Roto Smeets Group Central Works Council (COR) and final approval by the shareholders of both groups.